The 1001+ Voices Initiative for People Empowerment is appalled by the recent rape, gruesome murder, and cruel disposal in a shallow grave, of Miss Iniubong Umoren, by an alleged depraved, body part-for-money young man, and his collaborators.

Making his position known, the National Coordinator, Obong Ide Owodiong-Idemeko, described the incidence as barbaric, indecent, dastardly, and totally unacceptable to the moral standard of the people of Akwa Ibom State.

Regretting that the occurrence has attracted the state a sad global attention and undeserved stereotyping, the group noted that the pathetic murder of a university graduate, awaiting National Service call-up, in search for responsible livelihood was alien to the spirit and character of an Akwa Ibom person.

Drawing consolation that the alleged perpetrator has been apprehended with a promise to track down every accomplice, the 1001+ Voices Initiative urged the law enforcement agencies to do a thorough investigation into this incidence and unravel the ring that has a hand in this weird business, saying they should not yield to any attempt at covering up the heinous act. All, who are involved, from perpetrators to beneficiaries must be uncovered to face the full wrath of the law; and there must be no case of disappearance or death of the suspect in custody.

Expressing suspicion that Uduak Akpan and his murderous cohort would not have had a viable cannibalistic business ring if there were no off-takers, Ide Owodiong-Idemeko advocated for the creation of a well-designed youth empowerment and job creation program in the country, to actively engage young people.

The 1001+ Voices Initiative for Peoples Empowerment while acknowledging the widespread response and condemnation that have trailed Miss Umoren’s death expressed the belief that such citizen sensitivity will discourage a replay of such dark narrative and push towards changing the narrative in the political order of our state and country, to a people centered engagement. 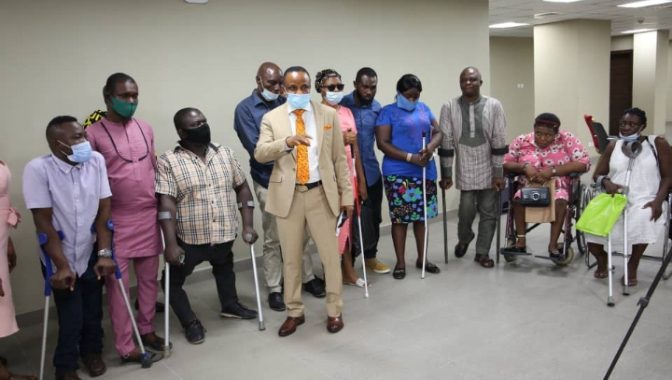