“…Since the governors had rejected Egwu and he opposed the idea of Ogbulafor, Obasanjo came up with his idea of a compromise. He wanted the president to endorse the foreign affairs minister, Chief Ojo Maduekwe, for the party chairmanship. The president wondered how that could possibly be done since Maduekwe had not collected the nomination form to be chairman. Obasanjo said it was possible. At the point when the president was about to buckle under the pressure, Mohammed burst in: “Mr. President, you have to start going to Eagle Square now. You cannot continue to keep the people waiting” An apparently angry Obasanjo shouted, “Please, please, please….” But this only stiffened Mohammed, who laughed before telling the president, “Don’t let this old man mislead you, its time you left the villa.” That was how the conversation ended, but the president himself would later tell me that but for Mohammed, he would have succumbed to Obasanjo’s idea, even though he had thought that it would not work.” (P. 165; Power, Politics and Death, Olusegun Adeniyi).

Segun Adeniyi who served as Presidential Spokesman to the Late President Umaru Musa Yar’Adua’s Presidency in chapter 10 of his book reflected on goings-on in the political relationship between his boss and Obasanjo who midwived the Yaradua presidency. The interest that laced the path to the choice of who sat at the helm of affairs of the PDP may have stretched beyond a conversation of disloyalty on Yaradua’s path to that of an overbearing control by a predecessor who was lost in the reality that he no longer called the shot. But most intriguing are the roles of their perceived subjects; both Governors and close presidential aides who unlike the proverbial grass that suffers when two elephants fight, became beneficiaries of the fight, extracting manures to aid their political and financial growth at a time both leaders thought their interest as ideas that must be prioritized over the other. These tussles have become a permanent part of our system, where not even angels are spared and have sadly attempted a spread to almost all spheres of human endeavour, including the military and professional beats.

Akwa Ibom State, South-South Nigeria, has not been any different in the manifest rivalry between predecessors and their successors, which in fact has evolved to an intriguing crescendo with both camps never short of supporters who take advantage of such conflicts to cash-out while signposting loyalty and dominance as a smokescreen to trade their egocentric ventures. Interestingly no divide has attempted rewriting this dark history, and even if any tried, there still would be very little success as most of the antagonism are traceable to karma and only a leader who is willing to sacrifice ego and let things slide will wear the badge of breaking the cyclical chain that has brought us the illwind of distrust. Worse has been the deepening of the gulf of resentment which hitherto were restricted to party affiliations and tribe, human worship has assumed an all more disturbing dimension with people easily seen going out of their way to drive the interest of their political idols in such a manner that has institutionalized the inanity “owo xyz”; an idea that should never have found expression if we were a more sensitive lot; sensitive to time, sensitive to space and sensitive to realities. But no! Here time is viewed as eternity and ego trips sustained as though the maximum eight years would not end.

A cursory look at how this cold war between predecessors and successors evolved in the state may guide our thoughts just to compensate for the discomfort of thinking that there has ever existed an angel who never dealt another the power strings, when he held sway. Obong Victor Attah for example had a no love lost relationship with Obong Akpan Isemin, though not so much of the animosity crept into the public space beyond the cold standoffs and apathy both leaders expressed for each other. Still under Attah, a reception organized for the Late Clement Isong, which was billed for Ibom hall was shifted to the NCI grounds, because the state government would not allow Isong the use of the Ibom hall facility; citing emergency renovations as reason the hall was not available. That turndown did not only anger the celebrator, organizers of the event, including the Late Elder Nsikak Eduok were terribly miffed, even as some expected high profile guests including General Ibrahim Babangida never felt safe attending the event.

Attah undoubtedly had his date with karma as the era of letters were soon to succeed his eight year tenure as governor – the numerous back and forths started with an outburst by Chief Godswill Akpabio, who alleged he met an empty treasury on assumption, which greatly irked the Attah’s team to respond in the harshest of tones. Not only did that preceed the battle for the soul of the party which Akpabio carried the day to the chagrin of Attah’s men, the former governor’s position on the Ibom Tropicana project and other interventions of the then government were never well conceived in the eyes of Obong Attah, even as the state government’s infamous letter to Attah titled “what does Obong Attah really want” became a straw the camel could no longer deal. This prepared grounds for full scale war characterised by displacements, policy reversals and projects realignment. Up until the demise of Attah’s wife, Alison, both men did so little to pretend over their differences which only blinked when Akpabio left office in 2015; obviously the contention was with the occupant of the Hilltop, for whatever it was worth.

2015 began on a promising note and perhaps the first time a predecessor would be championing his suscessor’s emergence in the chronicles of leadershp in the state, but between then and the present, so much has happened; so much warmth and friendship made way for animosity that threatened the state’s political space to its foundations, after Godswill Akpabio abandoned his ordained successor and incumbent, Mr. Udom Emmanuel midway in the later’s first term mandate, in a recording breaking political summersault that saw him defect to the All Progressives Congress. With barely two years to the end of the Udom Emmanuel administration not so much still points to any possibility of a closure where both men can return to the warm embrace that heralded their first love; they still belong to opposition political parties and still both think the other treated them unkindly. The situation seems quite unfavourable to any form of resolution, but a departure from sounding like a doomsday prophet will sufficiently keep our minds open for what the future holds. Whether in or out of office, it lies in the governor’s hands to break this chain of animosity, as he should either settle for reconciling with his predecesor or avoid the temptation of an overbearing influence on his successor when the time comes, not too long from now.

In all of these, the huge patronage political jobbers get from these rivalries have made it so profitable that they will pay more than life to fan the embers of the squabbles; oiling the egos of their masters to sustain the tempo of the fight. As uncharitable as this comes, they usually change camps when they feel their automated machines no longer dispense to serve their voracious appetites. Sadly, the media hardly present these men in deserving lines, but will always celebrate their decisions as the fall of their former camps, failing to state the shame that envelops the greed they wilfully wield in their definition of politics as a game of interest – what more interest than those of growing their bank accounts while society rots in desolation, one would quip. These men are the real problems of the system, they are traditional yes-men who never think an old retrogressive tactics of divisiveness should be done away with.

If we will ever enjoy the peace of having the kind of political system that stood the test of time as what Bukola Saraki shared with his successor Abdulfatah Ahmed or the maturity Donald Duke and Liyel Imoke showed in expressing dissenting views about their political decisions will remain a subject of concessional discourse for the patriotic minds. While we await the evolution of such patriots, but we should never allow our space slide into the level of rancour displayed by Ganduje and Kwankwaso or Amaechi and Wike. This we can only achieve through good men and women who will look away from what they can gain to bridge the gap and engender harmony regardless whose ox is gored, especially in times like this when finding peace has become so herculean that fannning the embers of division has assumed such sophistry and dealt its hold on the church, party, traditional institution, advocacy Corps, media, security and professional groups.

Even if the situation gets so bad, our leaders should always be reminded to desist from urinating on seats that once gave them hospitality and comfort, just as the incumbents should be guided that everyday comes with the promise of having them take their dates as predecessors. Whether as President, Governor, Council Chairman or Legislator our experiences with these needless fights must guide our thoughts and conducts, such that our generation can safely beat the trap of being described as a terrible era in human history, when our children grow to read and hear of our roles, while we had our chance. 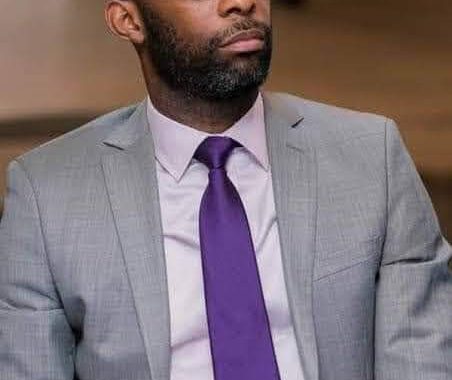 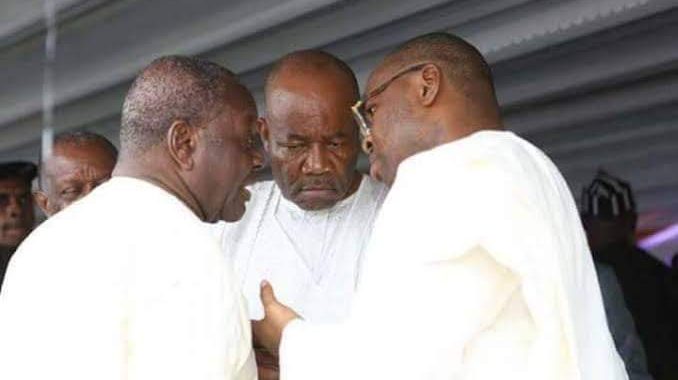