Arguably one of the state’s most troubled beats, the Ministry of Education in the over five years of the Udom Emmanuel administration has gone through several promising hands, but not with an impact that equates the billing. From Hon. Aniekan Akpan, to Pst. Paul Udoufia before the coming of Prof. Victor Inoka, who handed over to Prof. Nse Essien and then Dr. Enobong Mbobo. Like a troubled soccer team, every new scademic session on the average comes with a new Commissioner, who often hold out great thoughts at energizing the sector for greater productivity.

Deploying their mastery of an all important sector like the education, most of the recent past handlers of this ministry came to the job with badges from assuring years of professional experience, but just like beauty that is condemned to the eyes of the beholder, their imprints are only theirs to recount. A departure from what should be reported of a vital sector like education, whose strides should be seen and felt by eyes other than the beholder. In content, infrastructure, prospect and delivery, the sector has displayed palpable witchy spells, beginning with the south-facing facilities housing various offices of the ministry to the unconducive environments children cluster in.

With the sixth Commissioner for Education recently reporting for duty, Idongesit Etiebet’s enrollment as a registered teacher, in addition to her five year stint on the Education monitoring beat as Senior Special Assistant to the Governor, comes handy as her only realtime experience in the sector. Does the lack of adequate classroom hours pass her as one who is already queued to fail? No! None of her predecessors actually failed, they only did not do enough for eyes that are desperately nosing for an exciting news from this sector; this is no time for “soft work”, the people had long advanced away from Falz D’bad Guy; the soft work crooner.

Without sounding like it has been any better in the last fifteen years, we should be reminded that the decline in the state’s educational fortunes owe its roots to the advent of the free and compulsory education regime, where schools completely lost the ability of meeting their daily needs,and instead waited for government’s subvention, which came more irrregularly and served so little. It was quite strange in the late 90s and early 2000 to come by a school that never had basic facilities that could aide learning including laboratories and libraries, but the advent of the free and compulsory education programme which was premised on no known implementable framework became the sector’s Achilles heel and has remained so till today. Libraries and laboratories became classrooms due to the ensuing population explosion, alternative to practicals replaced the students realtime experiences in subjects that required practical exposures. 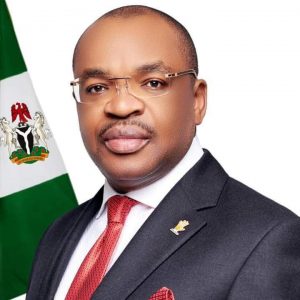 Interestingly, this is an administration that has made unpretentious advances at changing the fortunes of the Educational sector, through several policy interventions, even up to the widely acclaimed educational summit, not to mention the various seminars and conferences the Emmanuel administration has held for administrators,  teachers, students and key players in the sector. With this much, the state on some isolated cases has burrowed through murky realities to several laurels across the country in science and technical based competitions, but still far from destination. Our rating in national and regional examinations are still low, even as a few private schools endeavour attending the party of highfliers, while students from most public schools are completely blackedout and abandoned to the illfate of having a feel of basic equipment, specimens and processes in the examination halls.

Yes government is a continuum! The current administration inherited the confusion on the premise that it was doing the people a world of good, helping children through schools without financial burden on parents; quite a laudable gesture it could have been, but the failure of this system queries if the authorities could not have thought any better. In our eyes we saw the system induced rot approach in geometric droves, but the clout we chased with the free and compulsory education rants had terribly blinded us to the consequences of the shock whose ground we through our actions prepared. Today we cannot deny that the schools have not become a shadow of itself, safe for the few new schools this administration has established, which are incidentally available to those who can afford their costs.

In rewriting the story, so much can be thought of. Should we reconsider the introduction of school fees or hazard the thought of handing schools specific targets, while government ensures provision of facilities to put all schools at comparative advantage? If we settle for the former, parents and guardians will ask questions to ensure they get commensurate deals for monies they pay as fees, while the later option will be government’s way of putting the teachers on their toe to deliver; conscious of the reward in wait for excellent performers. All these could as well add up to nothing if we fail to evaluate professional listings and training for teachers, to afford them the desired exposure in addition to multiple strategic rewards in the ilk of what the Inoyo Toyo Foundation has been doing to encourage scholarly excellence.

Other than resumption week, how often do school monitors cross check with rural schools if they are still on session? What recommendations do they make for erring teachers and truant students? Ewet Technical School students would probably not have thought of the restiveness they pulled the other time, if they never saw students of Etoi Secondary School get away with theirs, actions that have become endemic; opening conversations about the introduction of cultism to secondary schools engendering social shocks in blast that leaves the authority seemingly helpless. Only worse than the nearly institutionalized moral decadence is the culture of examination malpractice and money for marks, where indigent students are often humiliated for their inability to afford certain costs, vices that should be closely checked, with perpetrators publicly reprimanded to serve as deterrent.

The number of child hawkers during school hours are still very high. We may be forced out of our homes if we do not force these children to school – how can we explain that government in one breath could ban hawking by children of school age while some of it’s official in another breath still patronize their trade? That there are still such crying figure of out of school children in a state education is free and compulsory, calls to mind our sense of value and emphasizes the reality that the state still has a lot of catch-up to force if our dream of making the sector viable and productive means anything to us. Beyond government’s effort, community leaders and traditional rulers need to be on the same page with government, to discourage the narrative that passes these children as economically helping their parents; as such help can be injurious to our society if left unchallenged.

Reflecting on the situation of state owned tertiary institutions breeds a mix from extreme terminals,  while Akwa Ibom State Polytechnic, Ikot Osurua appears to be doing well, the College of Education still alternates between an institution whose worth is not in doubt and that which is battling to sustain the revv. The College of Arts and Science still grapples with firm footing, but sadly in the same decade the Akwa Ibom State University remains in endless controversies that does not deserve a read. We shall someday return to this table, but until then, let the holiday continue as we pray AKSU does not so terribly drift further.

Despite the starring gloom, the Udom Emmanuel administration’s disposition to education presents an array of hope; having devoted commendable man hour to trajectories that center on repositioning the sector for greater productivity, through a myriad of interventions and policies that point the state as headed for a place on the league of states where education is prioritized. This, other than previous assurances was further confirmed in the Governor’s 2021 budget address to the State House of Assembly, where he said ” Education, as a key component of the Human Capital Development of our Completion Agenda will be given a pride of place. Our children must be made ready to compete with their peers and distilled to be a part of the global march to apply science and technology to create job and wealth for themselves. Our children are highly gifted and innovative and we must provide the enabling environment for them to achieve their potentials”.

Talk is cheap, the bookmakers would say especially with the observed dwindle in budgetary allocations to the sector in the last four years as shown below: 10.53 billion in 2018, 15.05bn in 2019, 4.98billion naira (0.83%) in 2020 and 2.32bn in 2021 (1.02%). These figures may rightly not be painting an impressive picture, but could guide the rhetoric on how much were actual releases when bogus sums were quoted in the state budgets for education . The need to quote realizable proposals have become a Global standard which replaces bogus fiscal permutations with more realisable budgeting, according to Budgit. Going by aforestated, a promising education sector can evolve from the ruins of the present if all hands are on deck.

The Governor can only do so much, in our hands lie the real solution; it is possible that the reintroduction of Parents Teachers Association in schools in addition to increased participation of community leaders could hold the magic wand, but in Idongesit Etiebet’s plate lies the workability of the multitude of options available. It is the Education commissioner who holds the aces at ensuring school monitoring is not only an exercise for the beginning of each school term, but one that xrays policy assimilation, deliverable from teachers and students productivity. The only known boardroom for education stakeholders should be the different schools where they are expected to come face to face with realities on ground with a view to finding practical solutions.

The beauty of this elevation could feel rewarding, but nothing compares to the satisfaction of seeing the education sector attain full potential with edifying low and high hanging fruits that will announce Akwa Ibom’s arrival on the continent’s educational hall of fame. Just then, we will gladly acknowledge you as a sixth that required no seventh, till then, we will be closely watching as events unfold. Idongesit Etiebet, your time starts now! 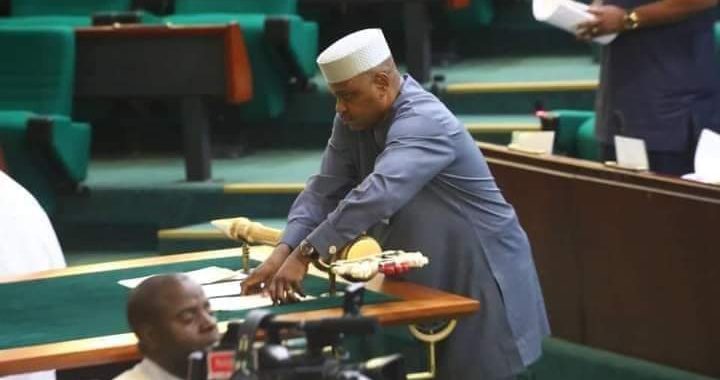