In order to support the fight against Coronavirus otherwise known as Covid 19 in Akwa Ibom State, the Special Assistant to the Executive Governor on Media, Mr. Uko Umoh, has today, donated a brand new contactless sanitizing station to the Government House Chapel, in Uyo, the state capital.

The donation of the contactless sanitizing station was received by His Excellency, Governor Udom Emmanuel on behalf of the Chapel.

The Governor thanked Mr. Umoh for joining hands with the government to fight the deadly virus which has caused untold devastation to the human race.

Governor Udom Emmanuel noted: “This is very encouraging. This is a fantastic job you have done. As a person I am very delighted. As a government, we have received this in appreciation, because this will go along way in supporting the fight against the enemy of mankind, the Covid 19.

During her prayers, the wife of the Governor, Mrs. Martha Emmanuel, thanked the donour for his gesture and pray God to bless his family aboundantly. 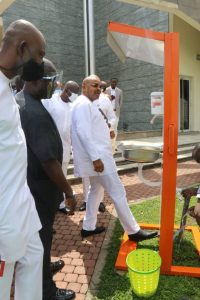 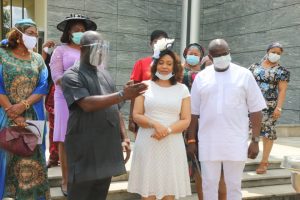 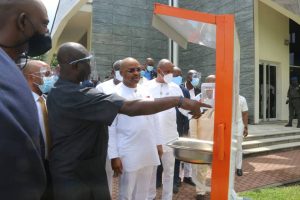 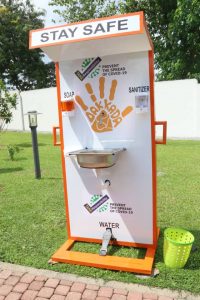 Others who witnessed to presentation of the sanitizing equipment were: Her Excellency, Mrs. Martha Udom Emmanuel, the Honourable Speaker of Akwa Ibom State House of Assembly, Hon. Aniekan Bassey, Chief of staff to the Governor, Ephraim Inyang-eyen, the acting Chairman of PDP in the state, Obong Paul Ekpo, members of the Executive Council of AKS, and several others.

Mr. Umoh used the occasion to thank the governor for giving him and others the opportunity to contribute to the growth of humanity and the society at large. 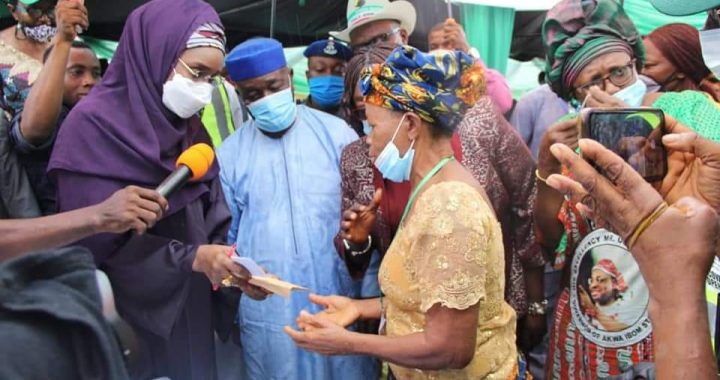 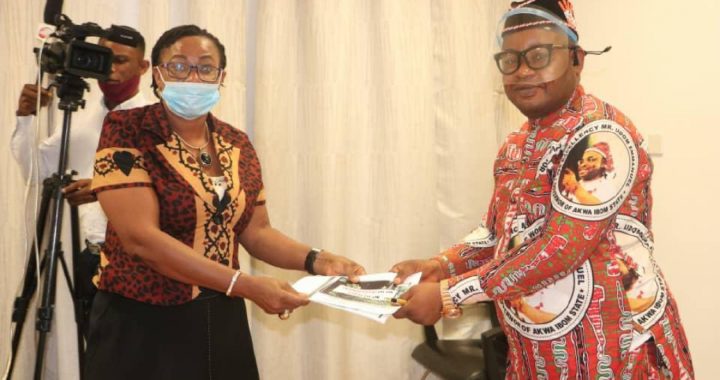